Does My Child Have a Cold or Allergies? 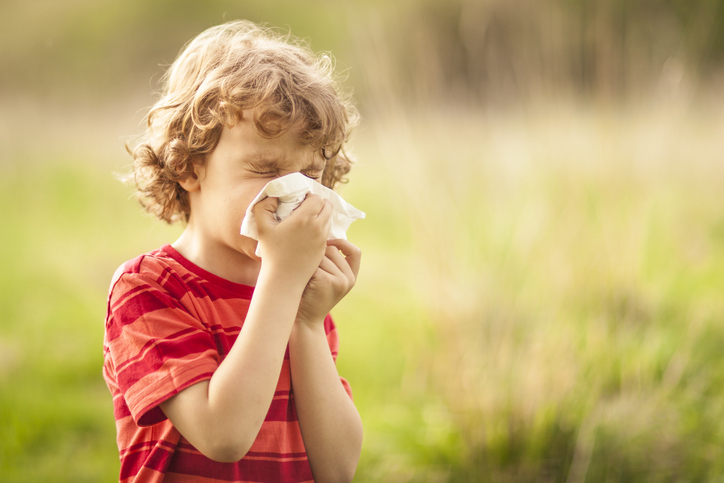 If your child is coughing, sneezing and has a runny nose for several weeks, but doesn’t have ever a fever and otherwise seems well, does he/she have a cold or could it be allergies?

If you’re more likely to think allergies in the spring and a cold during those back to school months, you might be wrong. Although most people think of spring as the allergy season, depending on what your child’s allergic to, autumn can be just as bad.

A Cold and Allergies Have Similar Symptoms

It’s important to tell the difference between a cold and allergies because the treatment for these conditions is not the same. You might confuse the two because of their similar symptoms including:

Here are some important clues to help you tell if those symptoms indicate a cold virus or allergies.

A runny nose is a common symptom of both a cold and allergies. Although a runny nose from a cold will start off being clear, it often turns yellow or green after 3 to 5 days. Children with allergies will continue to have just a clear runny nose.

Symptoms Change With the Weather

If your child symptoms change with the weather, it’s probably allergies. For example, ragweed counts usually decrease after heavy rain, so if your child’s symptoms improve after it rains, he/she might be allergic to ragweed. Or if his/her symptoms are worse on days that are windy, that might also indicate an allergy since pollen counts are higher on windy days.

Allergic Shiner and a Nasal Crease

Children with allergies will often have dark circles under their eyes, called allergic shiners. They might also have a small crease near the bottom of their nose (nasal crease) from pushing their nose up because it is itchy. Inside their nose, the mucosa will often be pale and swollen, while it is usually red and inflamed when you have a cold.

You can take precautions against fall allergy symptoms by following a few simple guidelines: